More members of Boko Haram are surrendering to Nigerian troops amid fears that the terrorist group’s presence is spreading beyond its traditional strongholds in the country’s northeast.

The most recent surrender by members of the insurgent group occurred on Wednesday morning in Borno’s Gwoza axis, when a Boko Haram commander named Salihu Ahmodu led some members to surrender their weapons to troops.

Salisu Ahmodu, a 42-year-old Boko Haram commander who led some insurgents to surrender to troops in Borno’s Gwoza district on Wednesday.

Following their escape from Sambisa forest, they surrendered to the troops.

According to PR Nigeria, they surrendered to 192 Battalion of Operation Hadin Kai troops stationed on the Gwoza-Limankara road in Borno State. 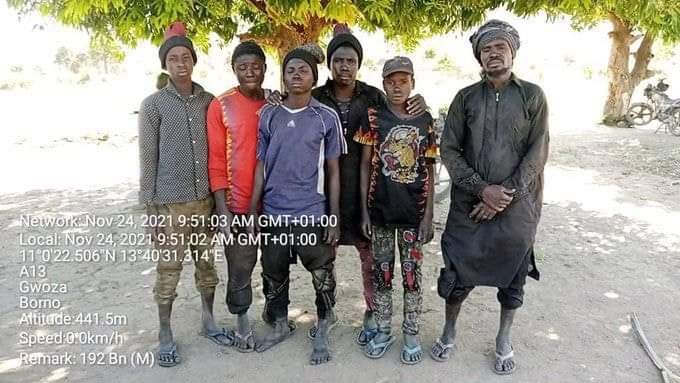 “Despite all efforts by ISWAP to stop the process, more than 17,000 members of Boko Haram have surrendered,” a police officer told PR Nigeria, adding that he expected more members of the terrorist group to surrender in the coming days. 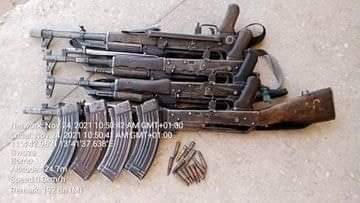 Business
Dr.Adeleke noted that the theme of the flag-off “Achieving Nigeria’s Competitiveness and Improved Foreign Exchange Earnings through Science, Technology and Innovation” is very apt,...

Education
According to workers affiliated with the All Workers Convergence (AWC) platform, the Federal Government is treating Nigerians as if they are disposable in the...

Business
As the nation moves toward its digital transformation plan, stakeholders in the digital communication industry have emphasized the necessity of putting the primary data...

25 dead as bus conveying wedding guests falls off the road

Metro
25 people were killed when a bus carrying 40–50 people, including adults and children, fell 1600 feet off a mountain in India. It was learned...

Business
In a proposed small scale empowerment scheme, President Muhammadu Buhari has stated that his administration intends to ensure that at least 10 million Micro,...

Editors' Pick
The National Industrial Court of Nigeria has granted the declaratory relief requested by Mr. Moses Adaguusu, seeking to overturn his suspension, and has mandated...

Clipping the wings of CBN

News
On September 27, 2022, the Senate's plenary session debated a bill to amend the Central Bank of Nigeria (CBN) Act, 2007. According to media...

Economy
The continent continues to face a growing leadership gap in the fields of policy analysis, development, and good governance due to the increasing demand...

Editors' Pick
Oluomachi Nwojo, a 24-year-old student, gave birth to a set of quintuplets at the Federal Medical Centre (FMC), which is located in Umuahia, the...

Editors' Pick
Hon Emeka Atuma is the All Progressives Congress (APC) candidate for the Abia Central senatorial district against Hon Sam Onuigbo, according to a Federal...

Editors' Pick
The claim that the governor of Ebonyi State, Dave Umahi, oversaw the whipping of government employees while conducting an inspection at the Government House...

News
The People's Democratic Party (PDP) presidential candidate, Atiku Abubakar, the national secretariat of the party, as well as significant and crucial stakeholders, have been...

News
According to Ohanaeze Ndigbo, there are about 18 currently serving governors that support Mr. Peter Obi, the presidential candidate of the Labour Party. The Secretary-General...

Editors' Pick
I do remember One of the three planetariums in Africa was visited by a young girl and her parents. She had a thought after...

Healthy Living
On Tuesday, the Lagos State House of Assembly highlighted the three main problems that need to be resolved poverty, insecurity, and devolution of authority. The...

ASUU STRIKE
The Academic Staff Union of Universities (ASUU) was accused by President Muhammadu Buhari yesterday of participating in widespread corruption in the education sector, which...

Editors' Pick
Members of the Peoples Democratic Party's Board of Trustees (BoT) were unable to conclude their peace talks with Nyesom Wike, the governor of Rivers...

Editors' Pick
The fire explosions at an oil field run by Eroton Exploration and Production Limited in the Akuku Toru Local Government Area of Rivers State...

Television Nigerian is your news, entertainment, music & fashion website. We provide you with the latest news and videos of current happenings across the globe.
Contact us: info@tvn.news, Hotline: +234 907 726 0922

Tinubu roars back, declares that he is fit, ready to serve